DJI recently launched their latest iteration of Mavic line-up. The newest member of Mavic family is called the Mavic Air. It is by far the most refined and intricate consumer level drone DJI has made. It’s folding mechanism is something that surprised us the most. The front legs extend like Mavic Pro but the rear legs actually hinge beneath the surface and then opens up. Thanks to this folding mechanism, Mavic Air becomes the most portable drone from DJI’s entire line-up . Portability is not only limited to the drone, but it carries on to Mavic Air’s controller as well. DJI has done that by including detachable joysticks. They can be taken out and placed securely under the controller. All these attributes make DJI Mavic Air a great drone for travelers. But is it really the best drone under $1000? Let’s dive in to see!

There are a couple of ways of flying Mavic Air, the first one is to control it using hand gestures. Although it looks nice but it could be a hassle to master the art of making accurate gestures. Hence, the better way is to fly it via remote controller. The process is fairly simple. Here’s how to do that:

Thanks to the hard-wired connection, there is no noticeable lag in the live video feed. DJI claims that Mavic Air is capable of flying at a distance of up-to 4 KMs. During our test flights, we managed to fly it about 2 KMs away without any problem, however, we had to call it back due to low battery levels.

DJI Mavic Air supports a bunch of Quick Shots. Although most of them are available on DJI Spark as well but Mavic Air has got couple of exclusive quick shots, listed below:

Needless to say, All these Quick Shots work great and offer some amazing effects. They are extremely easy to use as the user just needs to select the target and then choose their desired quick shot. Mavic Air takes care of rest of the stuff. There is even a progress meter on the right-side of the screen, which depicts the completion level of every quick shot. Overall, DJI’s companion app works great with Mavic Air!

There are a number of important factors to consider before determining the battery performance. The most important ones are:

In moderate wind of 15-20 Km/h, Mavic Air managed to maintain it’s stability without any issue and the battery life wasn’t effected much either. However, we flew Mavic Air at 43 degrees Celsius, and its internal fans were constantly on. DJI Mavic Air provided a battery time of 18 minutes with these conditions.

During our second flight, we also mounted propeller guards to see if they make any difference. To our surprise, the battery time remained the same as before. This was definitely not the case with DJI Spark, as its battery drained about a minute faster with propeller guards on!

Dji Mavic Air is equipped with a 12 MP f/2.8 camera which is capable of recording 4K footage at 30 FPS. What’s more impressive is that it records this footage at 100Mbps, which is even better than Mavic Pro’s 60Mbps. Although it does not make a huge difference in quality but it’s the little details like these that collectively makes a difference.

As far as its stabilization is concerned, Mavic Air has a class leading, 3-axis gimbal which delivers a buttery smooth footage. There is no jitter while panning or tilting the camera and its overall performance is top-notch!

Absolutely Not. Although it is a result of DJI’s evolution and extensive R&D but it still isn’t perfect. Here’s the list of things that needs to be improved.

Mavic Air is by far DJI’s most refined consumer level drone under $1000. From its design to performance, everything is made to deliver a great user experience. DJI has certainly addressed most issues that their previous drones were criticized for. For instance, many Mavic Pro users had issues with its exposed gimbal, however, in Mavic Air, DJI has provided a very secure housing for its gimbal. Apart from its great design, Mavic Air also performs exceptionally well for its size. It’s not only safer to fly with its advance obstacle avoidance capabilities but also records a great quality footage! 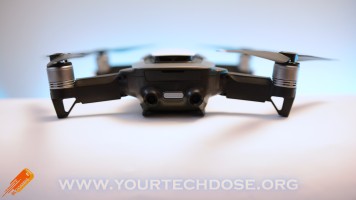 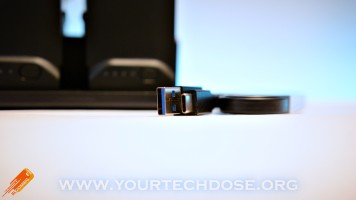