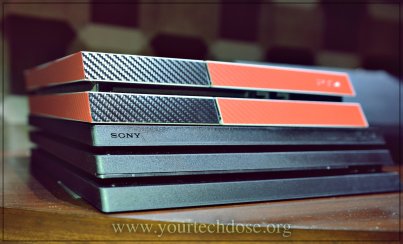 Back in 2016, Sony launched the mid-life upgrade to its popular PS4 console. It not only introduced the PS4 Slim which essentially packed similar features in a much smaller footprint, but also introduced the PS4 Pro. PS4 Pro boasted a significant upgrade for enthusiast gamers. To begin with, it promised to deliver 4K gaming with High Dynamic Range (HDR). Furthermore, a number of existing titles were said to get updates in order to support 4K playback. This took the console gaming on a spin as it was going to be the first gaming console capable of 4K gaming.

Differences between PS4 and PS4 Pro

Sony took a great pride in announcing the exponential increase in the Teraflops of PS4 Pro over the original PS4. In essence, Teraflops is the measure of computing performance, hence, higher the better. However, in order to see a real difference, other components should be taken into account as well. For instance, PS4 Pro has similar memory as the original PS4 i.e. 8GB GDDR5, however, it has an extra 1GB of memory reserved for non-gaming applications and processes, making it easier to multi-task.

Apart from its efficient GPU, the PS4 Pro also has a faster CPU which is clocked at 2.1GHz instead of original PS4’s 1.6GHz. It’s also compatible with dual band Wi-Fi for steady connections for online gaming. Hence, all these features, makes it a much better console than its original counterpart.

What is HDR? Why does it matter?

High Dynamic Range (HDR) is basically a tool to make the picture brighter, vibrant and life-like. Overall the range of contrast between dark and bright levels is enhanced. It makes a huge difference as it provides a more immersive experience and details of the surroundings. Many games like Battlefield 1, Fifa 2017 & 2018 have been updated to support 4K HDR and they look phenomenal on a HDR-supported TV like the Sony’s 4K HDR TV.

Whilst PS4 is a very capable gaming console, it has started to show its age. With new titles becoming larger than life and utilizing every possible processing unit, it is better to go for the PS4 Pro. Even if you don’t have a 4K or HDR TV, PS4 Pro performs smoothly and multi-tasking is a breeze. It’s a good way of future-proofing your gaming hardware. However, if you are tight on budget then PS4 Slim is also a decent buy and costs $100 less than its Pro counterpart. YourTechDose recommends PS4 Pro over PS4!